CHARLOTTE, NC (WBTV) – May is Mental Health Awareness Month and some local churches are answering the call. About 25 churches have teamed up with Monarch to help people in the pews. Monarch is a company that specializes in behavioral services.

St. Gabriel’s Catholic Church set up a Mental Health and Wellness Ministry to help parishioners. Nikki Warren is in charge. She says she got involved after she found her brother was dealing with a mental illness she didn’t know about. He ended up committing suicide in 2014.

“Here you look at someone that has everything going for them,” St. Gabriel’s Health and Wellness Ministry Coordinator Nikki Warren said. “But deep down he was suffering from depression and that is what ultimately took his life. We know he didn’t want to die – he wanted to end the pain – this pain he had been hiding and suffering with for numerous years that we did not know about.” 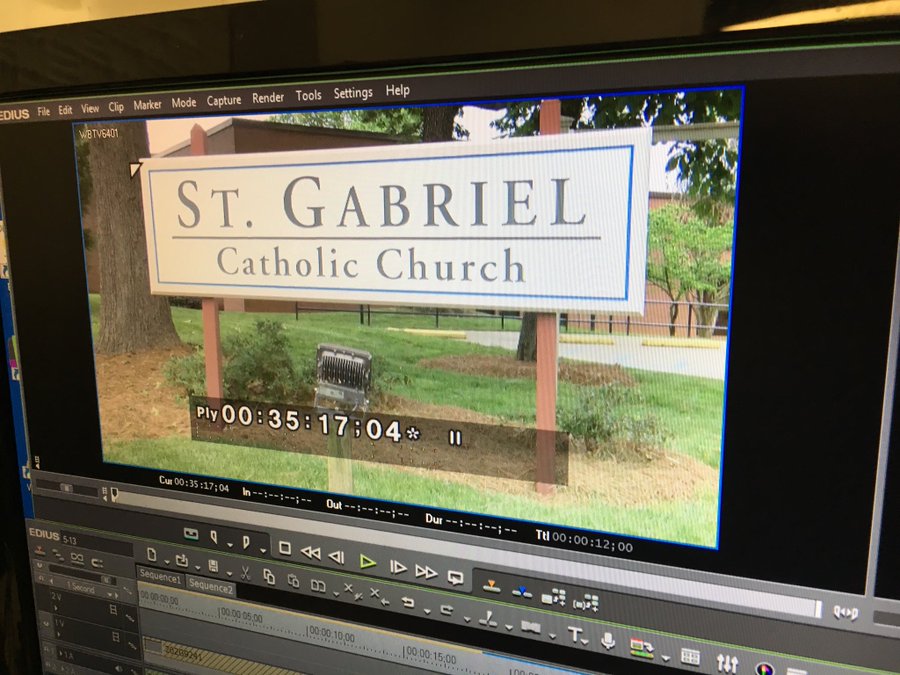 1 in 5 people will suffer from some type of mental illness this year-some maybe in the church. St. Gabriel Catholic Church has a Health and Wellness Ministry to help people cope. The story coming up at 7:30 ⁦@WBTV_News⁩ on Your Side Tonight w/⁦@JamieBollWBTV⁩
The ministry has been around for about two years. Warren says people are beginning to embrace the ministry.   “They’ve learned something or it’s given them the opportunity to open up and speak,” Warren said. “Or get the help they need – maybe they think it’s going to go away or I will feel better tomorrow, but that constant deep down ache of depression doesn’t go away.”
Mental health experts say one in five people will experience some sort of mental illness in a year. Experts say mental illness is treatable but one must seek help to deal with it. Warren believes nobody is immune to mental illness.
“We don’t realize how many people mental illness affects,” Warren said. “And we need to be kind to everybody cause everybody is going through something, and to remember not everybody is perfect.”  Monarch leaders say this partnership is on the cutting edge and is making a difference in people’s lives. Monarch served 28,750 people last year and encountered 578,191 patients. Monarch believes patients depending on their faith helps and treatment doesn’t hurt.
“But at the same time I believe also that God in His wisdom,” Monarch Director of Spiritual Care Joe Marinello said. “Wants the people he shepherds to utilize what’s available so that they can get the strength they need on earth before they come to their final resting destination.”
In addition to helping church members, Monarch also helps patients in its group homes. There were 678 people who were housed in one of Monarch’s residential services getting treatment. Some wanted some divine intervention to help them get better. Marinello says sometimes patients would request the Quran, or a Bible in Spanish and one wanted to hear a choir singing. The spiritual director did his best to grant each request.
“There’s statistics and research that validate the fact that you can treat the mind,” Marinello said. “And you can treat the body, but if you also encompass treating the soul or the spirituality – it also is the cement that glues that healing.”  Warren says she wants to de-stigmatize mental illness. She says after dealing with her brother’s suicide, she discovered many people were dealing with a crisis and suffering in silence. She is confidant what the church is doing is the right thing.
“We still need to be educated,” Warren said. “And be aware of all the services that are out there for them to be at their best health.” Monarch hopes other churches will partner with them to establish health and wellness ministries.
“That’s a variable that we’ll never touch,” Warren said. “Until we do greet God at Heaven’s gates and he says good job my faithful servant and you have saved this person and this person with your works here on earth.”

Join or Support a Walker »